Planning for seven generations and beyond 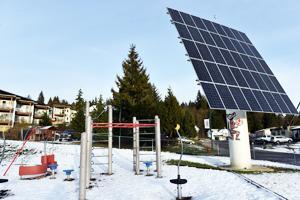 Located on the north shore of Burrard Inlet in BC, the 550-member Tsleil-Waututh Nation has long been involved with wealth-generating projects. Among the Nation’s many ventures are residential real estate developments, a golf driving range, a construction company and an alternative energy company that sells community wind power turbines.

This forward-thinking Nation knew the importance of good finance practices, but wanted to ensure they could sustain them for generations to come. 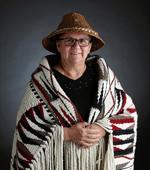 We wanted to prepare our community for the future in managing wealth instead of managing poverty.
— Chief Maureen Thomas.

The Nation decided to work with the FMB to obtain Financial Management System Certification. For Chief Thomas, obtaining FMS Certification was a complement to the Nation's existing systems.

"The FMS Certification has created a framework for us to be more proactive and forward looking. It's made us ready to address the larger issues surrounding the financial health and well-being of the community," says Chief Thomas.

Those issues include the exploration of emerging economic development opportunities in the traditional territory of the Tsleil-Waututh Nation and establishing solid finance and governance practices that can be sustained for generations to come.

The Nation also used FMS Certification to further strengthen its policies and procedures.

“When you’re having to make decisions that will impact the future direction and well-being of the community, knowing that your internal practices meet the FMB's standards gives you an added comfort level,” says Chief Thomas. “It lets you make decisions that won’t put the Nation or any of its programs at risk.”

Tsleil-Waututh Nation was granted an FMS Certificate by the FMB Board in April, 2016.

“The FMS Certification has created a framework for us to be more proactive,” says Chief Thomas. “It's made us ready to address the larger issues surrounding the financial health and well-being of the community.

“The FMS Certification is really about protecting your assets to the best of your ability to ensure you’re making the right decisions for the community for the long run. Planning for seven generations just isn’t enough—you need a system to support it.”

Even greater opportunities now lie on the horizon for Tsleil-Waututh Nation.