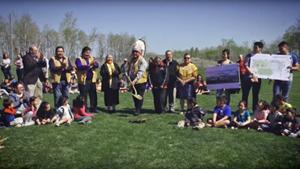 Fisher River Cree Nation (FRCN) in Manitoba enacted their Financial Administration Law (FAL) in 2013. They then set their own timelines and milestones to bring it to life for their community.

Fisher River Cree Nation is located along the shores of Lake Winnipeg, about 200 km north of Winnipeg. The Nation’s two reserves are home to 1,900 of its 3,700 members.

The Fisher River Economic Development Corporation oversees a community-controlled process of local revitalization. Part of its approach is that “the people of a community should be directly involved in pursuing and managing their own economic development.”

Some of the challenges facing the Nation included a need for a new school, as the existing one was overcrowded and in need of repairs, as well as a community centre to bring people together.

With ambitious business and tourism plans, Fisher River Cree Nation leaders decided the way forward was to develop and enact their own FAL to show the Nation’s commitment to good finance practices.

On October 16, 2013, Fisher Nation enacted their FAL. They gained their Financial Performance Certificate later that month, which allowed the Nation to become a borrowing member of the First Nations Finance Authority (FNFA).

The FMB supported Fisher River Cree Nation’s needs in a variety of ways, including:

The FMS Certification provides a range of benefits to Fisher River Cree Nation and its members, including:

The Nation obtained funding for a new school to house grades seven to 12.

A new community centre is also in the works.