Taking a lead in Ontario 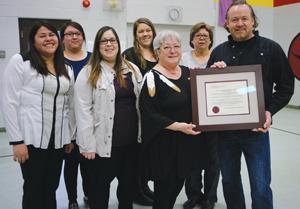 Nipissing First Nation is located on the north shore of Lake Nipissing and its land base spans over 30 kilometers between North Bay, Ontario to the east and the Municipality of West Nipissing to the west. They have over 2,500 members, and in 2014 they passed the first constitution of a First Nation in Ontario.

As well as developing a constitution, the Nation was negotiating a significant land claim settlement and needed to establish a trust to govern the settlement. It also needed to build the capacity and systems to support that governance work.

Nipissing reached out to the FMB to support the Nation in achieving their goals. It enacted a Financial Administration Law ( FAL) in October, 2013, and decided to pursue Financial Management System (FMS) Certification as part of a strategic governance process.

For some Nations, the goal of working with the FMB is to access affordable, long-term capital to pursue infrastructure and economic opportunities. For others, the goal of obtaining FMB Certification is to create a government that is accountable to the community, transparent in its finance practices, and prepared to achieve maximum benefits from partnerships and economic development.

“FMS Certification means we have a consistent, solid finance system in place that allows us to be accountable with all of our finance dealings for our community, and also outside agencies,” says Chief Scott McLeod. “It assures them that we are a financially sound First Nation.”

Dwayne Nashkawa, Chief Executive Officer for Nipissing First Nation, recommends that any First Nations who are looking to strengthen their governance and accountability should work closely with the FMB. 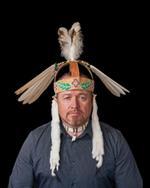 Any First Nation can do this. Find a champion within your organization who will really drive the process. You can then build confidence as you go.
— Chief Scott McLeod

In December, 2016, Nipissing became the first First Nation in Ontario to achieve FMS Certification from the FMB, after getting their FAL in 2013, and their Financial Performance Certificate later that year.

These certifications allowed Nipissing to access to a long-term affordable loan from the FNFA. They used the loan to develop their community solar panel project as part of the Feed-in Tariff Program in Ontario.

Through this project, Nipissing generates renewable energy and sells any excess to the province of Ontario. Four of their major buildings now have solar panels on the roof; the Nbisiing Education Centre, the seniors’ complex, the Lawrence Commanda Health Centre, and the Garden Village Daycare.

Nipissing now receives a cheque from Ontario Hydro instead of a bill because of this project. They also used their access to the FNFA to refinance the existing loan used to build their daycare, saving significantly on financing costs.