Meet the leadership team of the FMB. 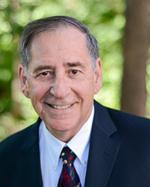 Harold is a member of the Squamish Nation located in North Vancouver, British Columbia.

After many years of experience in international business, he worked with the Squamish Nation as a negotiator in the areas of economic development, land management and finance and served eight years on the Squamish Council.

He has also acted as an advisor and an arbitrator for First Nations in Western Canada. 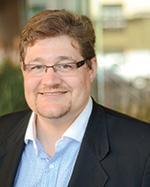 Geordie is a Gwich'in (Northwest Territories and Yukon).

As CEO, Geordie provides leadership on implementing the strategic direction of FMB set by the Board of Directors, while overseeing staff and their work.

He brings deep experience in finance and financial law, with experience as a securities regulatory lawyer, financial tribunal Chair and CEO, management consultant and investment banker. He has also practised Aboriginal and corporate law at a national law firm, driven economic development initiatives for the Gwich'in Nation, and represented the Gwich'in Nation in international Arctic economic development forums. He has initiated and led Indigenous networking and Reconciliation and UNDRIP policy development initiatives at the Canadian Bar Association (BC and National).

Geordie holds an MBA and an MA (East Asian Studies/Chinese) from Stanford University, an LLB from UBC, and an electrical and computer engineering degree from Queen's University. He is a CFA Charterholder, CAIA Charterholder and an Action Canada Fellow. Geordie is a member of CFA Canada's Canadian Advisory Committee for investment policy and a member of the Independent Review Committee on Standard Setting in Canada, which is reviewing audit and sustainable standards governance and oversight for Canada. 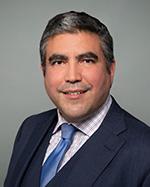 As Deputy Chief Executive Officer of the First Nations Financial Management Board, Scott liaises and builds relationships with various stakeholders, partners, and organizations across the country. He is responsible for overseeing the Standards and Certification and Corporate Services business lines.

Since joining the FMB in 2011, Scott has developed strong relationships with First Nations governments, including their elected and hereditary leaders; staff in many federal government departments such as CIRNA, ISC, and Statistics Canada; and Indigenous organizations like AFOA and the AFN.

Scott is currently the Vice Chair of the Public Sector Accounting Board and is active in building partnerships with professional organizations to promote reconciliation with Indigenous Canadians.

Scott has a Bachelor of Arts (Honours) from Queen's University and CPA, CA, and CAFM designations. He brings over 20 years of finance and leadership experience from both the private and public sector. 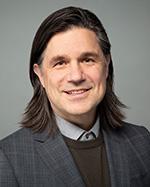 Grant is a member of Saulteau First Nations, part of Treaty 8 in the northeastern portion of B.C.

As the FMB's General Counsel he is responsible for providing governance and legal advice to the First Nations Financial Management Board.

Prior to joining FMB in 2021, he served for six years as legal counsel with the First Nations Health Authority and on a contract basis with his own community. Before that, he practiced public law for over 20 years, within the federal Department of Justice. He finished his public service career as the Director of the Aboriginal Law Section, accountable for all litigation and advisory services in the B.C. region.

Grant also sits as a Director on the boards of a not for profit and crown corporation.

He is a graduate of and previously an adjunct professor at the University of Victoria Law School. 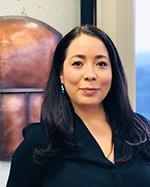 Shayla is a member of the Musqueam Indian Band.

As a Director, Shayla leads the Indigenous Engagement, Laws, and Relations team. She joined the FMB in 2011 and is honoured to support First Nations across Canada.

She leads her team to engage with First Nations to promote the First Nations Fiscal Management Act and to support First Nations in developing their own financial administration laws. Her team also supports First Nations along their journey through the FMB Certifications.

Shayla holds a BA (Psychology) and a LLB from the University of British Columbia. She is currently enrolled in the Executive MBA program at Simon Fraser University studying Indigenous Business and Leadership.

Her passion is to support First Nations in their pursuits of social and economic development.

A settler and a lawyer from Tiotiake (Montreal), Catherine practiced as a litigator and gained experience in Aboriginal Law. She then worked with an Indigenous consulting firm specializing in governance, where she gained extensive experience supporting First Nations initiatives. Some of these initiatives involved the FNFMB, which is how Catherine began her relationship with FMB, and led to her joining the team.

Having joined the FMB as Legal Counsel, Catherine is now the Acting Director of Indigenous Engagement, Laws, and Relations (IELR). She leads IELR team's outreach with First Nations, promoting the First Nations Fiscal Management Act, and supporting First Nations in developing their own financial administration laws. Her team also supports First Nations along their journey through FMB certifications.

Catherine holds a BA (Political Science and Hispanic Studies) from McGill University, an LLB from Université Laval, and an MPA (Indigenous Governance) from Queen's University.

Her passion is to support First Nations in pursuing their long-term goals. 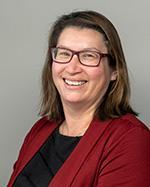 Working with her team, the FMB supports First Nations by assisting with their journey to achieve Financial Management System Certification. The team accomplishes this by way of providing coaching, mentoring, and training, in areas such as governance over the financial management system, finance, human resources, and information management. 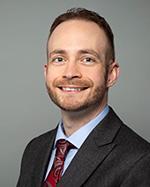 Lee leads the Standards & Certification team, which establishes standards for Financial Administration Laws, Financial Management System, Financial Performance and the reporting of local revenues, and provides certification services in relation to those standards where applicable. 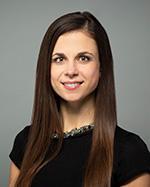 As Director, Certification, Natalia provides support to FMB clients through the high quality certifications suitable for First Nation governments and organization. She develops and maintains the integrity of Financial Performance Certification, Financial Management System Certification and other forms of assurance and attestation.

In collaboration with others across FMB, Natalia supports development, improvement and implementation of certification guidelines and processes. Natalia has traveled to various communities across Canada, working with leadership to evaluate their governance systems and support their paths towards certification and self-governance.

She earned her Bachelor Business and Administration from Simon Fraser University in Accounting and Finance. Then, she pursued a Chartered Professional Account designation while working for one of the largest international audit firms, KPMG, where she stayed for five years.

Natalia has also been a director on the board for the not-for-profit Vancouver Society of Children's Centers since 2018. 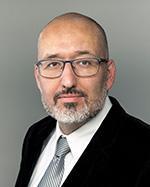 Robert is an experienced government relations professional who works to ensure that governments across the country understand and support FMB's work. Having worked in Ottawa for nearly 20 years, he has a keen understanding of all levels of government and has developed an extensive contact network.

A first generation Canadian from England, he gained his Bachelor of Arts (Economics) from the University of Calgary. Robert has had the opportunity to work with several First Nations organizations in his career on issues such as education and housing. Robert believes it is very important that he and other settlers understand Canada's history with Indigenous Peoples, and the need for meaningful action on reconciliation. 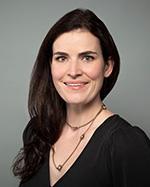 As the Acting Director of Finance and Operations, Sarah leads the team responsible for the management of the day-to-day operations of the FMB including finance, information technology, information management, access to information, asset management and contract administration.

Since joining the FMB in 2013 as a member of the Standards and Certification Team, Sarah has worked extensively with First Nations across the country along their journey to Financial Performance and Financial Management System Certification.

Sarah has a Bachelor of Arts degree from the University of British Columbia and is a Chartered Professional Account (CPA, CA).

As the Senior Human Resources Manager, Jennifer is responsible for guiding and managing the overall provision of Human Resource (HR) services, policies, and programs for FMB.

Since joining FMB in January 2020, Jennifer has built strong relationships with FMB employees and stakeholders while supporting the extensive growth of FMB staff numbers.

Jennifer is actively committed to Diversity, Equity and Inclusion (DEI) and ensuring FMB is an employer of choice. As the lead in FMB's commitment to a national DEI Code, put forth by the CFA Institute, she is committed to integrating DEI best practices to further develop FMB's recruitment, processes and policies.

Jennifer obtained a Certificate in Human Resources from the University of Calgary, is a member of CPHR of BC and Yukon, and is currently enrolled in the Bachelor of Human Resources and Labour Relations at Athabasca University.