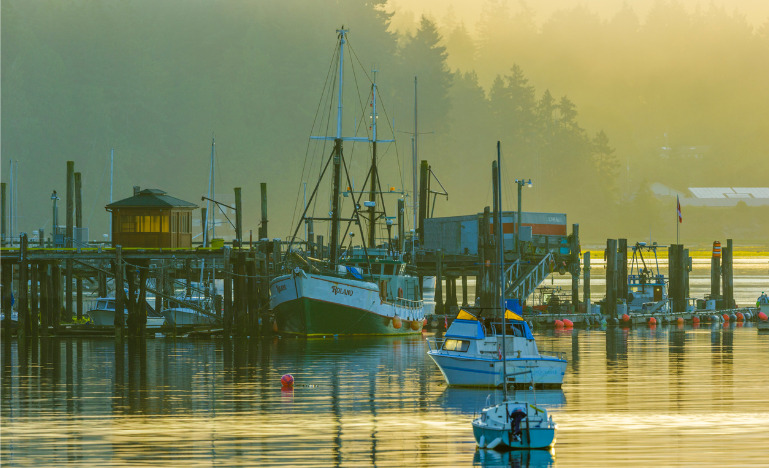 To get there, it is essential we nurture more Indigenous business professionals.

We all know that Can­ada has frequently marched its Indigenous Peoples down an often ugly and cruel path. But the 21st Century has marked a new era of hope and optimism — hope that we can walk a different path together.

We have seen two Prime Ministers apologize for residential schools. The current government is pursuing a path toward mod­ern self-government for First Nations. Parliament has just passed legislation on the United Nations Declaration on the Rights of Indigenous Peoples (UN­DRIP). The Government of British Columbia has already adopted UNDRIP and a mandate of Reconciliation, including full part­nership with First Nations in the econ­omy. These are steps toward true rec­onciliation, and steps on a path that leads to a new relationship based on mutual respect and understanding be­tween Canada and Indigenous peoples.

Indigenous Economic Reconciliation creates pride in Indigenous owner­ship, nation-building and Indigen­ous individuals' self-actualization, but also has the potential to reduce the cost to Canada of administering pro­grams that deal with the consequences of poverty (and use that funding for economic capacity development), to contribute to the Canadian GDP, and to lead to new markets for Canadian business that benefits all communities. The First Nations Financial Manage­ment Board (FMB) has calculated the value of revenues of Indian Act bands at $13.5 billion; this is the tip of the iceberg of what is possible.

As CEO of the FMB, a federal organ­ization that develops financial and ad­ministrative capacity in First Nations, I feel fortunate to be playing a role in the monumental change that is happening in First Nations communities across the country as we start down this path to­ward Economic Reconciliation.

First Nations, Inuit, and Métis are as­serting their Indigenous rights and title with a strong voice, backed by a series of decisions from the Supreme Court. UNDRIP has made it clear that Can­adian Indigenous peoples should expect free, prior, and informed consent before economic activity takes place on their traditional territories. The motto is "Nothing about us, without us."

However, the assertion of these legal rights alone does not take Indigenous peoples fully down the path of economic rec­onciliation. At FMB, we see many First Nations that find it difficult to analyze and develop the economic opportunities before them, or raise meaningful lev­els of capital at a reasonable cost. This is in part because First Nations lack the financial, mercantile and administra­tive professionals needed to do this.

Corporate Canada also faces chal­lenges with economic reconciliation. Without developing respectful relation­ships with Indigenous peoples, busi­nesses face greater uncertainty as to whether development projects in In­digenous traditional territories can go forward or be funded or insured at a reasonable cost. Corporate Canada needs more Indigenous profession­als in its ranks to help them engage in reconciliation, including adopting the Truth and Reconciliation Commis­sion's Call to Action #92 to create more positive, win-win outcomes in business.

Across the globe, capital markets, retail, and institutional investors are increas­ingly focused on environmental, so­cial, and governmental (ESG) factors, sustainable development, and Indigen­ous rights. Investors are demanding more disclosure and accountability for development in First Nations tradition­al territory. And, yet, few organizations and individuals can bridge the com­munication divide between Indigenous communities, regulators, businesses, and investors. It's clear, the shortage of Indigenous professionals is stunting Canada's eco­nomic growth.

The federal and BC gov­ernments know that part of unleashing this growth involves modernizing self-government poli­cies, finally recognizing Indigenous Peoples' right to develop their capacity to embrace their new role as a third or­der of government. But the governments' efforts to implement UNDRIP and spur on economic rec­onciliation are too stunted by their lack of professional capacity.

So, we can see that all parties — in­dustry, government, and First Nations — need to speak to each other in the language of finance and business, combined with an understanding of Indigenous expectations and perspec­tives. We must work quickly to build the capacity to do so.

Before the days of the European trad­er, First Nations had sophisticating trading economies, using interpret­ers to understand other tribes and get deals done. When the fur trade ar­rived, members of First Nations learn­ed to interpret English and French on behalf of their Nation or on behalf of the Hudson's Bay Company.

Now, our Nations need our members to become a new kind of interpreter. These interpreters need to speak the different languages of finance, accounting, engineering, and law. We need a surge of Indigenous business professionals —working for their communities, in corporate Canada, and government.

Yet Indigenous peoples are almost never found in the executive positions or on corporate boards in Canada, nor in the finance industry or in the financial organs of government.

We need more and better data. But based on my anecdotal discussions with professional bodies keen to embrace Reconciliation, Canada generally has a stunning lack of Indigenous professionals. This is particularly true in accounting, assurance, financial management, investment and pension management, finance, legal deal-making, and engineering. Accordingly, there is little presence in leadership of the professional services firms, although some firms like Deloitte are leading the change with a Reconciliation Action Plan.

These professions determine and measure the flow of capital in the Canadian economy; how can we have true economic reconciliation without inclusion in these professions?

Likewise, in the organs of government that make the rules on the economy —the financial regulators, the Ministries of Finance — there is limited visible Indigenous leadership. With little Indigenous business capacity, how will industry and government manage the transition to Economic Reconciliation?

We need all First Nations to have an Indigenous professional mercantile and financial class, so they can embrace the large opportunities of Economic Reconciliation.

At present, 10.9% of Indigenous peoples aged 25-64 have a university degree, compared to 29.3% of the non-Indigenous population. Indigenous graduates tend to be concentrated in fields such as education, social work, Indigenous studies — and Indigenous rights and title law. There are fewer business professional role models in Indigenous communities.

At the FMB, we help build the accounting and finance capacity for First Nations. We see the issues with the lack of Indigenous accounting professionals on reserve. We also see the great turnaround that First Nations can make with even one or two Indigenous professionals on reserve to balance the books, focus on good governance or design and evaluate deals for the community.

Well-managed First Nations like Membertou in Cape Breton have shown that economic reconciliation is achievable by building a team of Indigenous professionals. Indeed, who would have thought even a decade ago that First Nations would be major financial partners in a $1 billion business acquisition like the recent Clearwater seafood deal?

So how do we move economic reconciliation forward? How do we get more Indigenous professionals?

Recently, I have been inspired by leaders like Wes Hall and Former Prime Minister Paul Martin. They have shown us some solutions.

Wes Hall, the executive chairman of the KSS Group of Companies, wrote about his own experiences with racism in Canada in the wake of the death of George Floyd. He struck a chord with his colleagues in the business community when they heard about his experiences. He then rallied this goodwill to tangibly have corporate Canada support Black Canadian inclusion through the BlackNorth initiative.

In a manner of weeks, over 300 business CEOs from banks, manufactures, crown corporations, law firms, universities, name brand consumer products, airlines, and construction companies signed a Pledge toward Black inclusion. The Pledge includes having conversations and education about systemic racism and unconscious bias. Further, it includes developing hiring targets and C-suite and board targets for Black Canadians commensurate with their percentage of the population, working with Black communities to create jobs and economic opportunities, and measuring tangible, meaningful outcomes.

Whereas Martin, whose minority government worked with all parties to pass the First Nations Fiscal Management Act that created my organization, has continued his commitment to working with First Nations in his private life and with his own pocketbook. The Martin Family Initiative (MFI) creates mentoring and learning opportunities for Indigenous high school students and young professionals in areas like entrepreneurship, accounting, and law. This initiative is helping develop both Indigenous business professionals and role models for our communities.

Taking inspiration from the BlackNorth organization and the MFI, I think it is time to create a coalition of business, educational institutions, NGOs, and government to create, hire, promote, and retain more Indigenous business professionals. BlackNorth has shown us it is possible.

Let us walk the path to Economic Reconciliation together.

Geordie Hungerford, CFA, MBA, LLB, is the CEO of the First Nations Financial Management Board and is a Gwich'in of the Northwest Territories and Yukon. He strongly encourages Indigenous high school students to apply for the Hungerford Family Award for the Bachelor of Commerce programme at Queen's University.